Albert Konetzni is a distinguished nuclear power qualified submarine commander who retired Vice Admiral of the United States Navy, having served 38 years, culminating as the Deputy Commander, US Fleet Forces Command and US Atlantic Fleet. Since his retirement from active duty, he took an active role in business, leading an effort to address nuclear waste at the West Valley, New York power plant and continued to leverage his expertise as a Vice President of Energy Solutions and later at Strategic Business Programs. He completed his business career in 2016 as the General Manager of the Marine Services Division for Oceaneering International, Inc. Throughout his life he has dedicated a large portion of his free time to supporting non-profit activities to include serving as Chairman of the Board of the United States Naval Institute and sits on the board of the USS Thresher ANC Memorial Foundation.

Mark Montgomery is the Senior Director of the Center on Cyber and Technology Innovation and a Senior Fellow at the Foundation for Defense of Democracies. He also serves as the Senior Advisor to the Chairmen of the Cyberspace Solarium Commission and was previously the Executive Director of this bipartisan Congressional commission.

Prior to this, he was Policy Director for the Senate Armed Services Committee under the leadership of Senator John S. McCain. Mark completed 32 years as a nuclear trained surface warfare officer in the U.S. Navy, retiring as a Rear Admiral in 2017. His flag officer assignments included Director of Operations (J3) at U.S. Pacific Command; Commander of Carrier Strike Group 5 embarked on the USS George Washington stationed in Japan; and Deputy Director, Plans, Policy and Strategy (J5) at U.S. European Command.

Jerry Hendrix is a vice president with the Telemus Group, a national security consultancy and service provider. Prior to joining Telemus in 2018 he was a Senior Fellow and Director of the Defense Strategies and Assessments program at the Center for a New American Security, a 501(c)3 non-profit think tank. Hendrix served in the United States Navy for twenty-six years, reaching the rank of Captain having held command of an aviation squadron. During his career he served on the staff of the CNO Executive Panel, as the Senior Military Assistant to Andrew W. Marshall within the OSD Office of Net Assessment, and as the Director of the Secretary of the Navy’s Advisory Panel. While in this role he was verbally ordered by the Secretary to assume the duties of Director of the Naval History and Heritage Command and Curator for the Navy. In this role Hendrix led the command’s efforts to address the findings of a negative 2011 Navy Inspector General report. Under his leadership, NHHC took actions to protect, preserve, and promote the Navy’s great history for generations to come. The command was presented with a Meritorious Unit Commendation at his retirement ceremony in recognition of the efforts of the entire staff. Hendrix holds advanced degrees from the Naval Postgraduate School and Harvard University as well as PhD in War Studies from King’s College, London. He has received numerous writing awards including the Navy League’s Alfred Thayer Mahan Award for Literary Achievement. Prior to joining the Navy Museum Development Foundation, he has served previously on the boards of the United States Naval Institute and the Theodore Roosevelt Association. 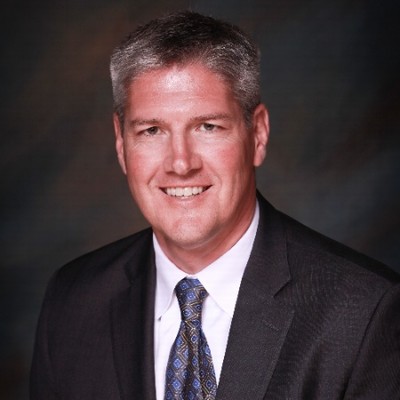 National Military Non-Profit Fundraising expert with a twenty-five-year proven track record in executing the “Moves Management Doctrine.” As a graduate of the United States Naval Academy, Brad is one of only a handful of Development Professionals in the country with a military background. Results orientated, multi-million-dollar campaign professional with strategic planning and tactical execution skills.

As CEO of Military Non-Profit Consulting (MNPC), Brad leads a team of non-profit professionals (all with a personal or family connection to the military) to help military non-profits execute their mission, maximize their giving / revenue potential and ultimately realize their vision.

Brad launched his fundraising career at IDC in 1996 – leading the firm through four strategic growth periods and was named President in 2006.  Prior to a successful asset purchase in 2010, IDC grew from 35 to over 300 fundraising professionals managing 30 campaigns annually during Brad’s tenure.

As a volunteer, Brad has held several officer positions within his USNA Class to include Class President.  Additionally, Brad served as the Las Vegas USNA Alumni Chapter President and as a USNA Blue & Gold Officer.

Brad lives in Western Howard County, Maryland with his wife Carey and have five boys between them.