Stronger Together: Why Representation Matters 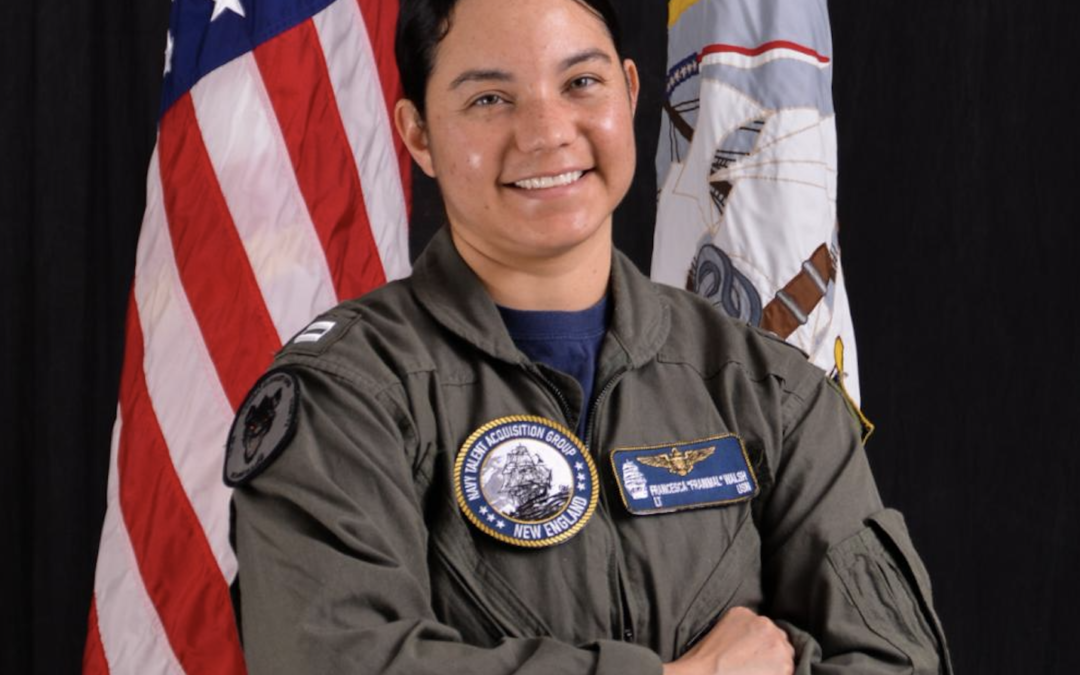 Today, women in the Navy have unlimited opportunities to help achieve their personal and professional goals. This empowering thought stood out to Allentown, Pennsylvania, native, Lt. Maria Walsh, who landed a chance to share what the Navy has to offer female leaders.

A Naval Academy graduate whose career began in aviation, Walsh saw an opening to help strengthen female career opportunities when she took an officer recruiting position at Navy Talent Acquisition Group (NTAG) New England. As her command focused on their 2022 recruiting goals, Walsh’s command had the idea to create a series of panels that would display the diverse female communities that the Navy has to offer.

“I was pretty excited when my XO asked me to spearhead and make this series of events my own,” Walsh said. “What motivated me the most was my belief that female representation is very important.”

The series of panels, titled Stronger Together, took place across several New England colleges. They include schools such as Brown University, the Worcester Polytechnic Institute, the University of Connecticut and many more.

“When I started contacting schools and organizations, it was in the midst of the Omicron variant,” Walsh said. “I was optimistic, but a part of me thought that it would end up as wishful thinking. We started getting some interest, specifically from the bigger schools. What I found to be interesting was that they were most excited about the all-female aspect of the panels.”

Walsh attributes this to the day and age we live in. She believes schools and corporations have become more interested in promoting female representation and leadership.

“I think that the schools understand that it’s important for women to see themselves represented, and it gives them extra motivation and validation,” Walsh said. “Females start to think to themselves, ‘Look at this person; they made it and so can I.’”

This emphasis on representation connects to Walsh on a personal level. She recalls her schooling days when she was struggling to find confidence in herself and her skills as a pilot.

“When I was qualifying as an aircraft commander, it was easily the most difficult time in my career,” Walsh said. “I was creating my own mental blocks. I was the only female in my squadron, out of about 30 males. Even though it was completely untrue, I used to think, ‘Of course they’re doing amazing; they’re bigger than me and smarter than me.’ As more females began to check into my squadron, and I saw more of my peers get qualified, I started to think, ‘If she can do it, I can do it.’”

Through several weeks of planning and discussion about the panels, Walsh remembered her feelings as a young pilot to help guide her.

“I wanted them to center mainly on the communities of the women taking part in the panels,” Walsh said.

“When I was in the Naval Academy, I didn’t really get the chance to talk to many female officers,” Schaffino said. “I wish I had an experience like that, so that’s why I think it is really beneficial for civilians to actually talk to female officers and hear their experiences in the Navy.”

Navy Recruiting Command consists of a command headquarters, three Navy Recruiting Regions, and 26 Navy Talent Acquisition Groups that serve more than 1,000 recruiting stations across the world. Their combined goal is to attract the highest quality candidates to assure the ongoing success of America’s Navy.