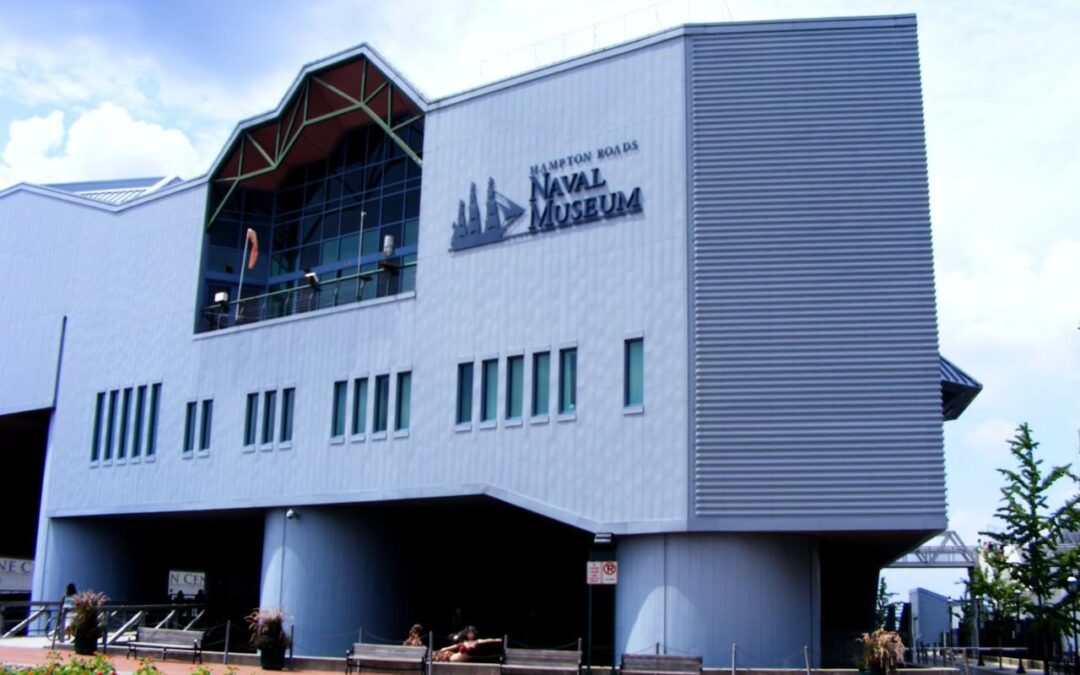 Located in Downtown Norfolk, Va. at One Waterside Drive, Suite 248, the Hampton Roads Naval Museum is on the second floor of the Nauticus campus. The museum is free to visit and does not require base access. One of ten official U.S. Navy Museums, the Hampton Roads Naval Museum interprets the history of the U.S. Navy in and around Hampton Roads, from the Revolutionary War to the present day. However, their most noteworthy exhibit is “The Ten Thousand-Day War at Sea: The U.S. Navy in Vietnam, 1950-1975”. It is the museum’s signature exhibit and opened to the public in October 2019.

The exhibit, which is free and open to the public, explores the missions and contributions of the Navy during the Vietnam war. Even now, decades later, Americans continue to grapple with the meaning, legacy, and aftermath of the Vietnam War. Politics, protest, and patriotism continue to have their place in conversations about this twentieth-century conflict. Throughout literature, film, music, and television, Many stories about the war in the jungles are told but often neglect the service and impact of over 1.8 million Sailors.

These Sailors empowered the United States military in virtually every aspect of the war. Their experience and effort have had lasting effects on the Navy; many are still with us today. The museum conducted 78 interviews, and many of their stories are now playing in the exhibit.

The Hampton Roads Naval Museum also produced a six-part series of their historical publication “The Daybook: Vietnam War Series” to complement the exhibit. When asked about the exhibit Max Lonzanida, the museum’s Public Affairs Officer, said, “The exhibit immerses visitors in the immense role played by the United States Navy during the pivotal conflict in Southeast Asia. Using the U.S. Navy’s rich historical collections, personal artifacts loaned from veterans, multi-media presentations, and interactives, the exhibit educates but also recognizes the sacrifices of Sailors who served during the conflict. Our exhibit focuses on the U.S. Navy’s mission during the war, including advisory roles, intelligence and special operations, the surface fleet’s blue-water and coastal operations, air power, riverine operations, and logistics and support.”

One of the best parts of the exhibit is that those unable to visit the museum can view the exhibit online on the museum’s dedicated Naval History and Heritage Command webpage. Additionally, the Vietnam veteran interviews are also available for viewing on Youtube. To learn more about the Hampton Roads Naval Museum, visit https://bit.ly/33MPdUT.