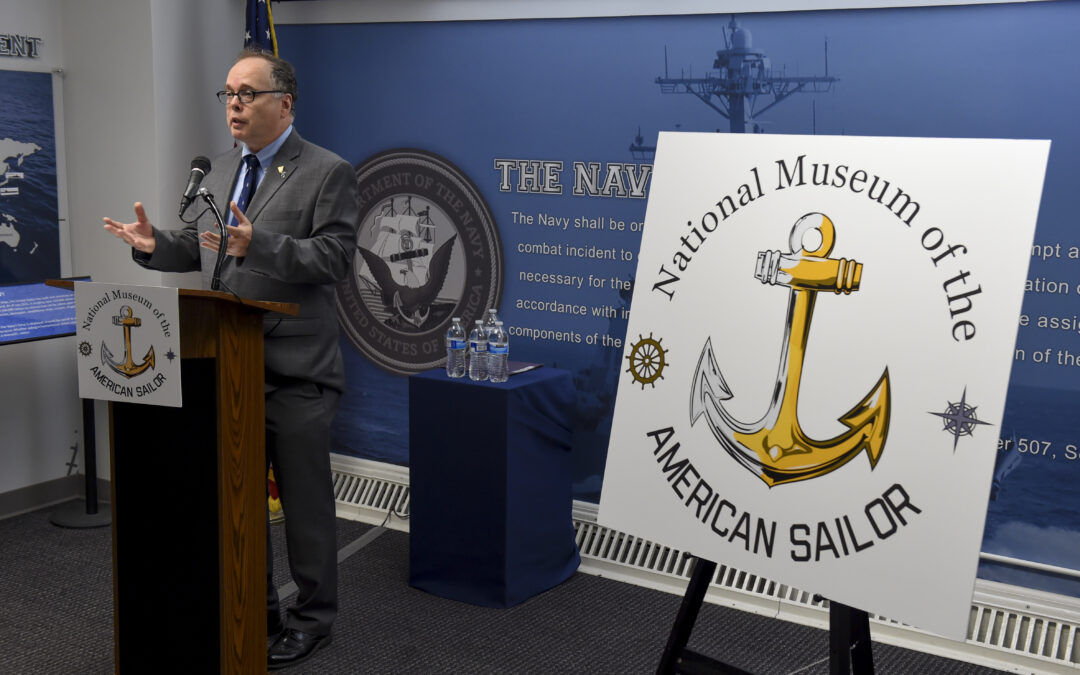 Photo Caption — Samuel Cox, director of the Naval History and Heritage Command, speaks during an unveiling ceremony for the renaming of the Great Lakes Naval Museum to the National Museum at the American Sailor, at Great Lakes, Ill., July 4. The National Museum of the American Sailor name change signals a shift in vision from a regional focus to one that depicts the diverse history of Sailors who have served in the U.S. Navy. (U.S. Navy photo by Mass Communication Specialist 1st Class Eric Lockwood/Released)

Located in Building 42 outside of Naval Station Great Lakes’ Gate 1, the museum is open to the public and base access is not needed to visit the museum.

Thousands of visitors come to the museum each year to view the artifacts on display, although many would be surprised to learn that the largest historic artifact is the building itself. Designed by the architect Gordon Bunshaft, the facility is a classic example of mid-century modern architecture and is the only surviving World War II era example of his work.

Thousands of boots once marched across the floors of the “Hostess House” of the building. It once served as a gathering place for Sailors and their families. It will continue to have a special place in the hearts of American Sailors and museum visitors alike.

Both foundation and museum members engage a global audience and create memorable experiences for visitors through programs and exhibitions that capture the esprit de corps and professional expertise of the American Sailor. The foundation’s support continuously enables the museum to achieve its mission and drive for operational excellence at the highest levels as outlined by the American Alliance of museums.

Just as NMDF works to support the new National Navy Museum Campus in Washington, D.C., the National Museum of the American Sailor Foundation directly supports NMAS in its mission.