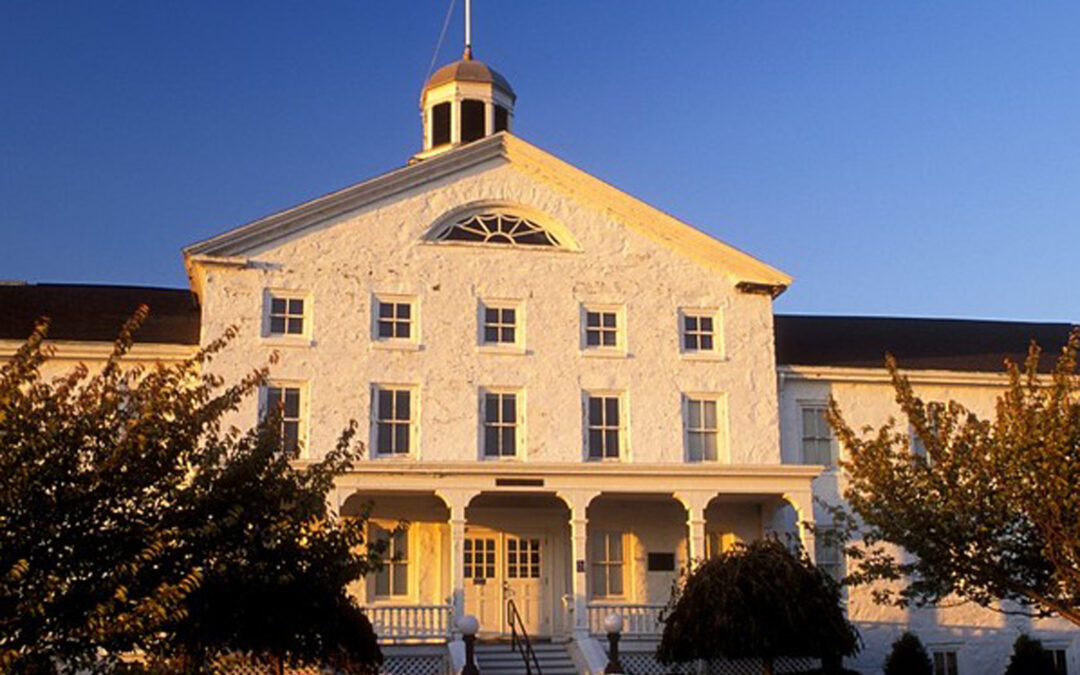 An undated photograph shows the Naval War College Museum. Founders Hall is a National Historic Landmark and home to the Naval War College Museum. In addition to being the original site of the College, it is where U.S. Navy Capt. Alfred Thayer Mahan, the college’s second president and a renowned naval historian, first delivered his lectures on sea power, which were first published in 1890 as the epochal “The Influence of Sea Power Upon History, 1660-1783”. (U.S. Navy photo/Released)

Located in idyllic Newport, R.I., the Naval War College Museum stands well preserved and stately structured, in contrast to its humble beginnings as the former Newport Asylum for the Poor. In 1884, Rear Adm. Stephen B. Luce, USN, is reported to have walked up the building’s rickety stairs and declared, “Know all men by these presents, and in the name of the Father, Son, and Holy Ghost, I christen this building the War College of the American Navy.” Two weeks later, the Secretary of the Navy formally established the Naval War College. It was aptly named “Founders Hall” in honor of the college’s founding fathers and established as a museum in 1952.

As the original site of the college, the Naval War College Museum is a considerable part of Naval Heritage in the New England Area. Renowned naval historian and second president of the college, Captain Alfred Thayer Mahan, USN, delivered his lectures on the “Influence of Sea Power,” first published in 1890. One hundred thirty-two years later, museum visitors can see the history of naval warfare, as studied at the college and Narrangansett Bay’s place in maritime history. The museum is open to the public year-round Monday through Friday and has a gift shop where visitors can buy museum memorabilia.

Although located onboard Naval Station Newport, visitors without existing base access can make arrangements to visit the museum. Once at the museum, visitors can get the full guided audio tour straight to their phones. The guided tour lasts approximately one hour and takes visitors through the Navy’s colonial history in Narrangansett Bay, the impact of the Naval War College, World War I, and the Women Accepted into Volunteer Enlisted Service code-breaking efforts. To learn more, visit https://bit.ly/3rSs0Zd.