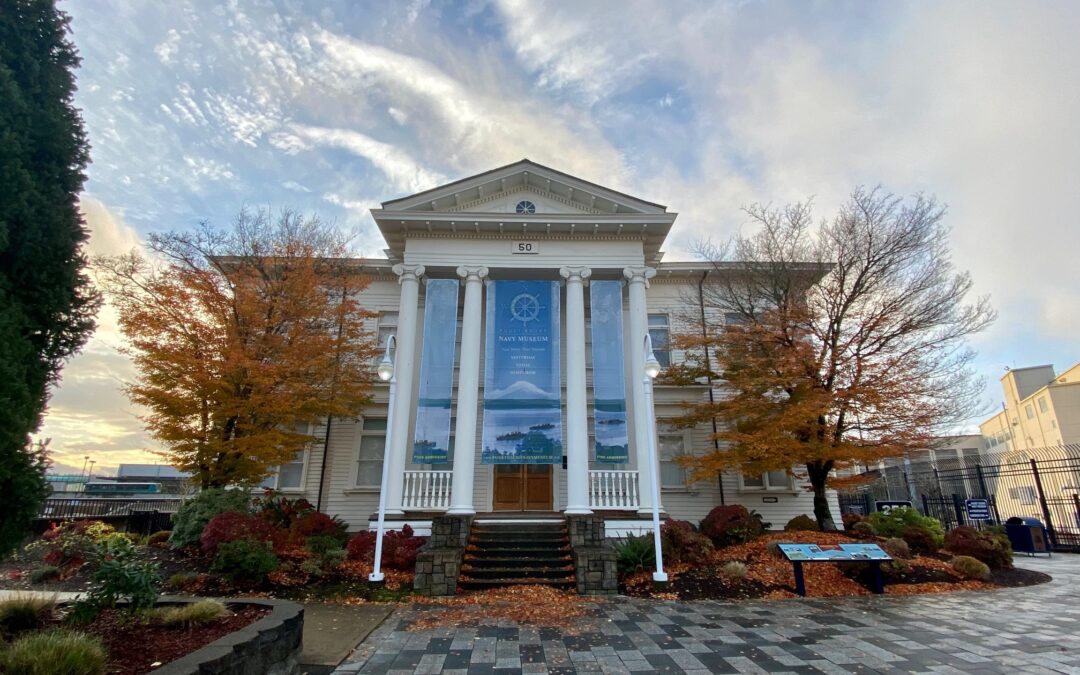 The Puget Sound Navy Museum is dedicated to collecting, preserving, and interpreting the naval heritage of the Pacific Northwest for the benefit of the U.S. Navy and general public.

Located in the heart of downtown Bremerton next to the Puget Sound Naval Shipyard and Bremerton Ferry Terminal is The Puget Sound Navy Museum (PSNM). Previously closing its doors to the public due to the COVID-19 pandemic, the PSNM and PSNM foundation gift shop has now reopened. The PSNM dedicates itself to sharing the naval heritage of the Pacific Northwest and the contribution of those who shaped it; the PSNM collects, preserves, and interprets artifacts from 1840 to today.

It initially operated as a not-for-profit in 1954, named the Puget Sound Naval Shipyard Museum, established by the U.S. Navy. The Puget Sound Naval Shipyard employees provided staff for the museum. In 1964, the PSNM found a new home in the Washington State Ferry Terminal’s lobby with the City of Bremerton accepting custody of the PSNM’s collection and the Kitsap County Historical Society agreement to staff the PSNM. Reopening in 1967 as the Naval Shipyard Museum, it operated there for 22 years until the Terminal’s demolition.

Now operating out of Building 50 at 251 First Street, the museum moved in 2007, officially reopening on August 25, 2007, and declared an official Department of the Navy Museum in 2008 as the Puget Sound Navy Museum.

Humbling beginning with approximately 600 objects in its collection, the PSNM now has more than 18,000 items. Building 50 provides the museum with 6,049 square feet of exhibition space and 4,170 square feet of collections storage. Today, its visitors can explore the naval history of the Pacific Northwest and experience life as a U.S. Navy Sailor through exhibits about the Puget Sound Naval Shipyard, the USS John C. Stennis, Special Operations Submarines, and so much more. To learn more, visit https://bit.ly/34acvDN.