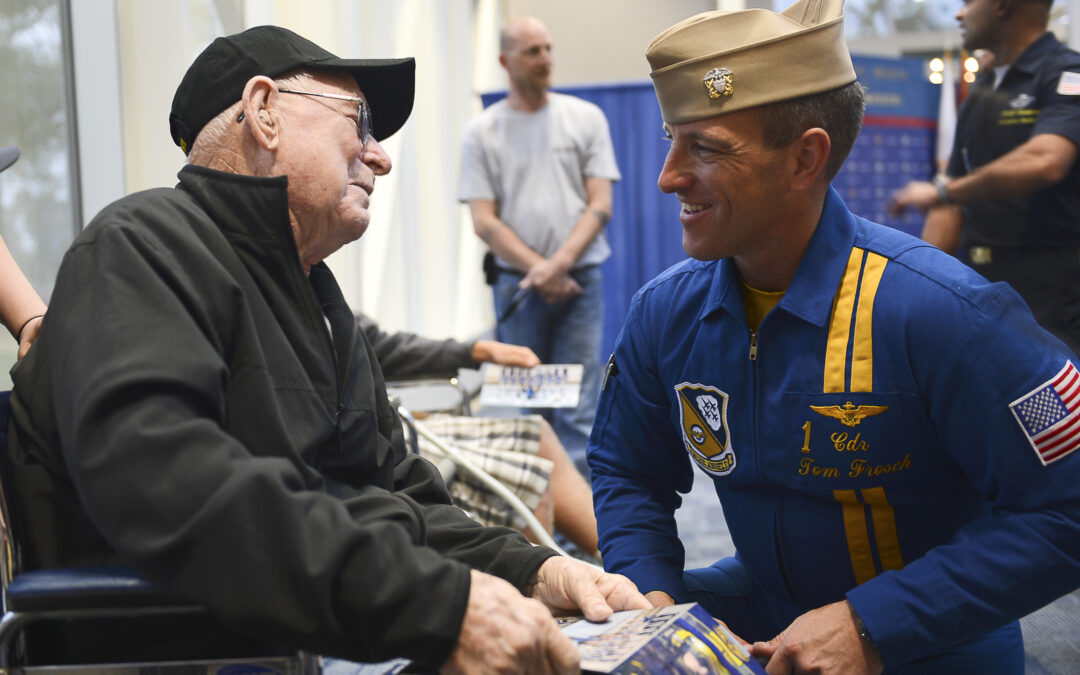 The National Naval Aviation Museum is the world’s largest of its kind, and one of the most-visited museums in the state of Florida. More than 150 beautifully restored one-of-a-kind aircraft representing Navy, Marine Corps, and Coast Guard Aviation are displayed inside the museum’s exhibit space and outside on its 37-acre grounds.

Since its establishment in 1966, the  NNAM has shared the excitement of Naval Aviation’s rich history spanning the entire spectrum. Over the years, the Naval Aviation Museum Foundation has continued to execute the flight plan to keep museum doors open and to provide the path for benefactors to support the museum.

The NNAM is home to tens of thousands of items and millions of documents spanning the entire spectrum of Naval Aviation history. Through its Emil Buehler Naval Aviation Library, “History Up Close” series, online exhibits and collections database, these items and the stories they tell can be shared with researchers and the general public.

The Naval Aviation Museum Foundation operates a number of educational programs and the state-of-the-art National Flight Academy in addition to their fundraising efforts.

As an official Department of the Navy museum, their mission is to “select, collect, preserve and display historic artifacts relating to the history of Naval Aviation.”

The museum captures Naval Aviation’s heritage and brings to life its story of challenge, ingenuity and courage to its visitors. Visitors can enjoy guided tours, fly in one of the full motion simulators, or visit the museum’s west wing which is almost exclusively a World War II Carrier Aviation exhibit.

At the core of its collections are more than 700 aircraft — many currently on display at other museums, with approximately 150 located at Naval Air Station Pensacola. Though the aircraft are the largest of the museum relics, they are just one dimension of the collection.

The museum also tells the human side of Naval Aviation and features memorabilia from each era of fighting, including personal mementos from historic battles, flight logs, vintage equipment and flight clothing. More than 4,000 uniforms, flight gear, weaponry, medals and decorations add a personal touch to the story of Naval Aviation.

The Emil Buehler Naval Aviation Library is a significant collection of Naval history and draws researchers from around the world. It houses personal and official papers of prominent Naval Aviators, squadron records and photographs numbering more than 350,000 images.

In the last decade alone, visitation has more than doubled, approaching one million in some years. The NNAM has achieved recognition as one of the world’s premiere air and space museums and one of the most-visited museums in Florida. The museum also received the prestigious American Association of Museums’ accreditation in 2002. Visitors come from every state in the Union and more than 60 foreign countries.

Further information about the Navy museum system can be found on the Naval History and Heritage Command website.