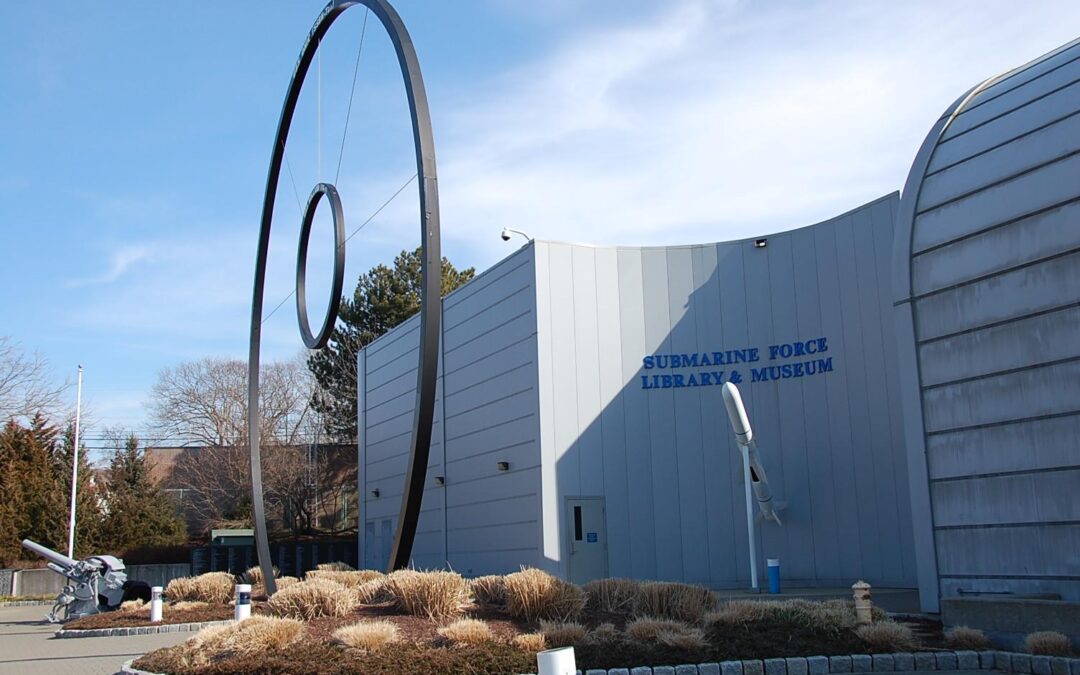 Designated as a National Historic Landmark 27 years after its commissioning ceremony, the Nautilus underwent an extensive historic ship conversion. Arriving in Groton, Conn., on July 6, 1985, and joined by the Submarine Force Museum on April 11, 1986, the Historic Ship NAUTILUS opened as the first and finest exhibit of its kind.

The museum’s archivists collect and preserve archival materials and artifacts of historical, technological, and cultural significance related to the U.S. Navy’s undersea history, exploration, and technical development. Their work allows for future research, exhibits, and public education programs. While many artifacts are on exhibit, the majority are kept safely in storage for research and future exhibitions.

Over 5,000 books relevant to Submarine History & Development, Submarine & Naval Warfare, Submarine Medicine, Naval Ordnance, and Naval Biography. Of special interest is a volume on submarine salvage published in 1551, barely 100 years after the invention of the printing press, and an original 1870 illustrated, French edition, of Jules Verne’s “Twenty Thousand Leagues under the Sea.” The museum’s library also has numerous books written by submarine officers and crewmembers, providing readers with first-hand accounts of submarine history. The archives hold over 6,000 titles and more than 2.5 million archival documents and photographs relevant to submarine history.

The museum receives a variety of inquiries from over 150,000 annual visitors and scholars and is happy to assist with inquiries regarding submarine history. The staff conducts limited research when requested, but a visit to the Archives is the best way to conduct submarine research projects since the collection is non-circulating, and materials must be viewed on-site. The Archives is open to the public for research by appointment only. To learn more, visit https://bit.ly/359qXfS.