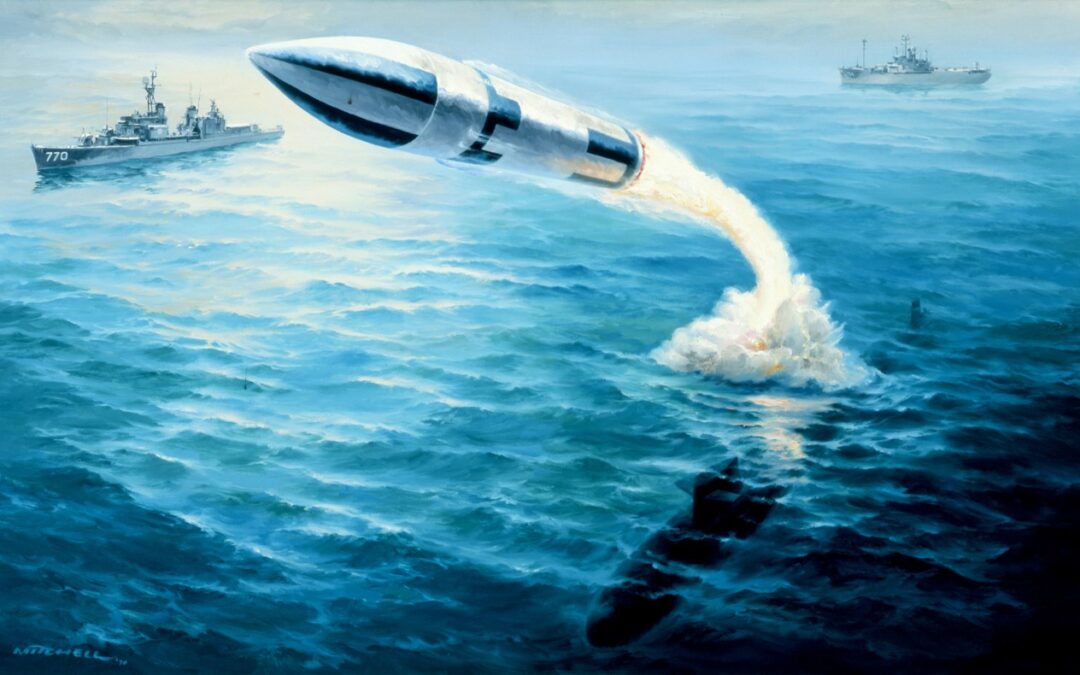 Submarines have a long history in the United States, beginning with the Turtle, during the American Revolution. The world’s first combat submarine, invented by David Bushnell, was devised as a means of breaking the British blockade of Boston Harbor but was unsuccessful on multiple attempts. The U.S. Navy officially joined the undersea world when it purchased USS Holland (SS-1) on 11 April 1900, and commissioned her on 12 October 1900. The boat, designed by John P. Holland, proved valuable for experimental purposes during her 10-year career.

Although submarines did not play a large part for the U.S. during World War I, submarines such as USS K-5 (Submarine No. 36), one of the first U.S. diesel-electric submarines, deployed to the Azores patrolling for German submarines. World War II was when the submarine force became the workhorse of the U.S. Navy. Assessments indicated that U.S. submarines sank 540,192 tons of Japanese naval vessels, and 4,779,902 tons of merchant shipping during the course of the war, accounting for 54.6 percent of all Japanese vessel losses.

USS Nautilus (SSN-571) — developed by Hyman G. Rickover — was the first nuclear-powered submarine, and the first submarine to cross the North Pole under the Arctic polar ice pack. USS George Washington (SSBN-598) made history on 20 July 1960, when she successfully launched the first Polaris from a submerged submarine. The Tomahawk land-attack missile was later developed, and was first used by submarines in combat during Operation Desert Storm by USS Louisville (SSN-724) and USS Pittsburgh (SSN-720).

Today’s submarine force is the most capable force in the world and the history of the U.S. Navy. The composition of the current force consists of Los Angeles, Ohio, Seawolf, and Virginia-class submarines.

Watch this video of The History of Submarines.