The Navy’s Role in Space Exploration 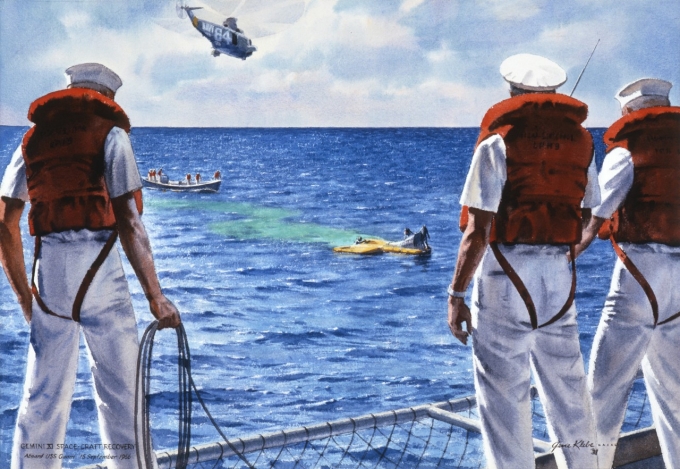 “The utilization of space truly has been a national effort; the talents of the military services have been invaluable through these years. The United States Navy has played a particularly important part in the development and final realization of that enterprise.”

Even before NASA was established in 1958, the U.S. Navy had been involved in atmospheric and high-altitude research through the Naval Research Laboratory and Office of Naval Research. U.S. Navy contributions to space exploration continued with NASA’s manned space flight programs, starting in the early 1960s. Navy personnel served as astronauts in space missions, and Navy ships supported recovery of astronauts at sea until the development of the space shuttle. The first American in space, Alan Shepard, was a Navy officer. A Marine helicopter, HUS1 helicopter of HMR(L)-262, and the antisubmarine warfare support aircraft carrier USS Lake Champlain (CVS-39) were involved in recovery of Shepard and his space capsule in 1961. Neil Armstrong, the first man to set foot on the moon, was a naval aviator who served in the Korean War. From pilots to Underwater Demolition Team (UDT) Frogmen to researchers and engineers, Navy personnel have been involved in many facets of the space program.

Learn more about the Navy’s role in space exploration by exploring the links in this article at the Naval History and Heritage Command.